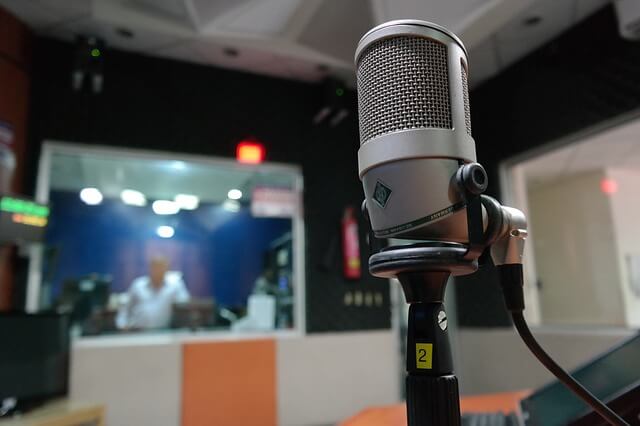 We all need some motivation from time to time, and we know you need it during your journey of learning languages. Sometimes, we need to pause, look at the top of the mountain and check how other people who have achieved the things that you are fighting to get, in your case is probably speaking Spanish.

Learning Spanish requires time, effort, and acting to get to your real goal: fluency. Other people have done this, they have been able to become fluent when speaking Spanish, and that only means one thing: If they have done it, you can do it too, you can speak Spanish fluently, you can even speak Spanish with an accent!

I Will teach you a language

A couple of months ago, I was navigating the internet looking for sources of inspiration, I found iwillteachyoualanguage.com, and I immediately loved the articles I read on this blog. I think that whoever is learning a language needs to hear advice from this high-qualitysource of content.

What really impressed me about Olly (apart from his 8 languages) was his accent when speaking Spanish; he sounds, in my opinion, just like a Spanish native speaker, and if someone tries to say the opposite, I would fight to say that is close to a native Spanish accent … really close.

A person who has such tremendous passion about learning languages, reallyhas something to say and all the authority to give advice on this topic.Therefore, I wanted to reach Olly to see what he could share with us about his experience learning Spanish.

Here are a couple of questions I asked him; I’m sure you can get something of high value for your Spanish learning out of this interview.

Why did you decide to learn Spanish?

When I was at university, I made friends with a Spanish guy. We were both musicians, and played in a band together. His English was terrible, so I decided to learn Spanish. Within a few months, my Spanish was better than his English!

What was the most difficult thing you found about learning Spanish?

The fast speed at which people spoke! For a long time, I didn’t understand anything!

Did you speak more languages before learning Spanish? If so, which ones?

Yes, French and Italian, both to a good level.

How long did it take you to become a fluent Spanish speaker?

It depends how you define fluency! I could hold a conversation after a few months. I was comfortable after 6 months. It probably took 2 years until I felt like I “owned” the language.

Did you feel frustration during your learning? If so, How did you overcome this frustration?

My main frustration was not understanding people when they spoke. I was able to overcome this due to one very important factor — I kept going! Because I made friends, I always spent time with them and had to keep trying to understand. I don’t know if I would have succeeded if I was studying by myself.

What is the #1 tip that you could recommend to someone who wants to learn Spanish?

Meet people, as soon as possible! Go to events, join clubs, meet people online. Spanish people are outgoing and friendly, which makes them ideal language partners! (With some nationalities, it can be the opposite!)

People learning Spanish often complaint saying that native speakers talk too fast, What are your thoughts on this matter? any tip to overcome this challenge?

I overcame this gradually, over time. I was always with Spanish people, so eventually I learnt. Many people don’t have that luxury. I advise spending as much of your own time as possible listening to natural, recorded conversations and reading along with the transcripts. (In fact, I created fluentspanishacademy.com in order to provide people with the materials they need to do this effectively!)

Many thanks to Olly for being willing to answer to my short interview, and for all of you who read this: ¡Ustedes pueden! You guys can do it, learning a language is a matter of constancy, keep going until you getthe results you want.

I want you to close your eyes and picture yourself speaking Spanish fluently, talking to a native speaker friendly and spontaneously.

Copy and paste this thought into your head: I can speak Spanish, there are no obstacles that I am not able to overcome, I am a fluent Spanish speaker.Or say it in Spanish if you want to: Yo puedo hablar español, no hay obstáculos que no pueda superar, yo hablo español fluidamente.

Finally, I would like you to watch this video by Olly Richards speaking Spanish, listen to his amazing Spanish accent that in my opinion is perfect: